Sam
Hi-ho! I am Sam. Sam I am. Sadly, I have not tried green eggs and ham. Welcome to 2017! I'm still figuring out what my racing year will look like but of course, as much trail as possible. I've been a runner for over 20 years - ever since 6th grade Cross Country!

Hi, guys! Long time no blog! I promise a Superior 100 run through is still coming but first, an update!

So here we are, four days out from Grandma's and guess what? I'm running it again! It's been four years since the last time I ran Grandma's and three years since my last road marathon. More importantly, though, and what made me decide to sign up again, it's been ten years since my first marathon! Ten! So I felt like I should commemorate by running it again, even though I made a face every time I mentioned it :) Originally, I figured I would just run it for fun however, here's what I've been up to this spring - I went and got a coach!

It feels a bit weird still telling that to people. Who am I to get a coach? It all happened kind of quickly, really, but I think mostly things just fell into place at the right time. I had already been pondering making the splurge of a coach if I got into Western States, to help make sure I could be completely ready for it. I didn't get into Western States (no surprise there, as a first time lottery entry, I would have been shocked if I DID get in) but I have a good friend who has a coach. We would run together during the beginning of the year and the more she talked about her workouts and coach, the more I felt ready to do this NOW. I clearly did an okay job training myself for Superior since I was strong throughout the race and finished happy. But maybe I actually didn't do a great job, since I tore my knee 80ish miles in. So goal number one and my main drive for getting a coach is making sure I am the best prepared for Wasatch that I can be. I don't want to hurt my knee again and want to make sure that if something like that happens, it won't be because I've got muscles that are weak or I did something stupid in training. Goal number two (right now anyway) is to see how fast I can run Voyageur in 2017 or really, just a generic goal of "let's see how fast I can be with some help." On top of everything, it was getting late into February and it was time for me to start upping my long runs again but I just didn't seem to be doing it on my own and so some extra motivation sounded good too. So I met with a guy and decided to give it a go and I've been an athlete of Superior Performance since mid-March and have been loving it! Mostly what he has me doing involves things I already knew how to do but had stopped doing on my own (weight lifting) or didn't know how to really incorporate what I knew into 100 mile training (thresholds, speed workouts, etc). It's been great to have a plan to follow again and paying someone helps hold you more accountable for getting your ass out the door when you're on a trip with family but still need your long runs in.

So I've been running a lot of miles and running a lot of fast miles. I ran Chippewa Moraine 50K in April as a have fun race with no taper, figuring I'd be breaking my Ultra-PR streak from last year but hey, that couldn't last forever, right? 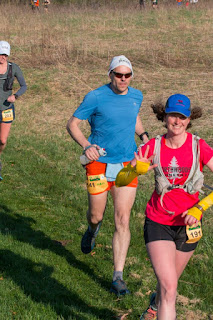 Except I ended up racing really well and getting an 11 minute PR and a 17 minute course PR (Chippewa can be a surprisingly hard course to run well on) with a 6:03! 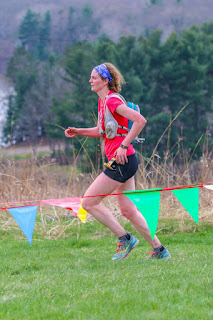 And I came away knowing I could have broken six hours had I pushed harder from the turn around. Very awesome! While I had only been with my coach for just over a month at the time, so maybe it was too early to say that it helped a ton already, but at least having a coach was clearly not being detrimental to my running! 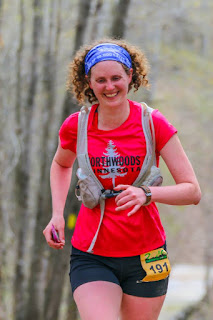 My main race of the year is Wasatch 100 (in September) but I decided in talking with Jason (my coach) to make Grandma's a B race and see how my speed is. So, here we are! It's weird going into Grandma's without stressing about it. I'd love to be fast but if things don't line up or my legs aren't good for short/fast again yet, that's fine too. I've been doing lots of speed work but none of it is marathon pace specific so I don't have a good feel for my pace, which makes me unsure of what my legs are going to think of things. It's looking like it'll be warm, but that's okay. It's not looking like 90s and high humidity so I've done worse, right? I'll be wearing shorts that will hold my inhaler, just in case. I'm excited to take my "new" (since my last road marathon) ultra toughness into roads and see what kind of difference that makes in the mental game in the second half.

Jason is one of the best coaches in town!!  He will get you there safely and injury free!!  I've known him since he was in HS and he was "coaching" himself better than the coaches back then!